On arrival to school, the children were met with some strange goings on!  There were paper aeroplanes  found all over the floor in the classroom.  One aeroplane was lodged by an open window – it was grey, inside was the name Elise.  Another aeroplane was found by a box of toys – it was red and yellow and orange and green, inside it said Emil.

The children had great fun trying to find out  who the visitors were and where they had come from! 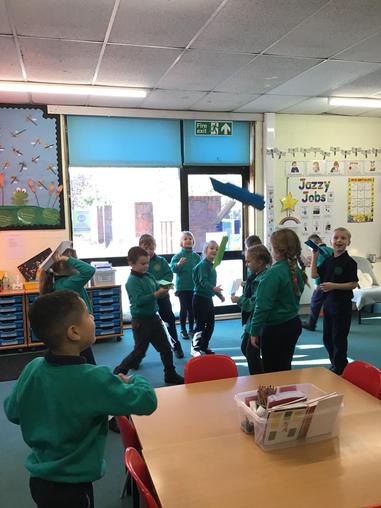 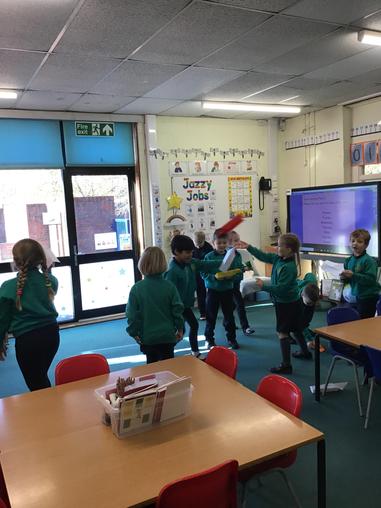 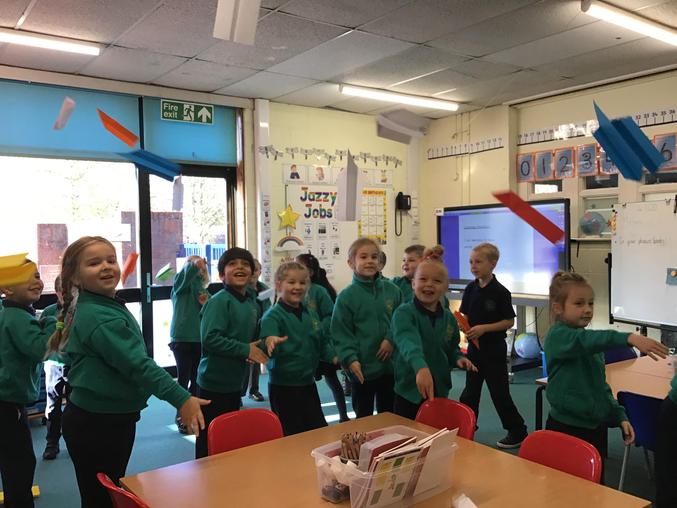 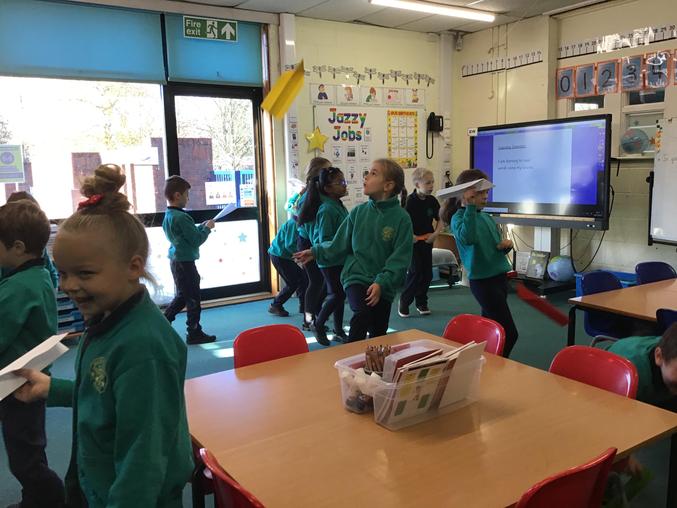