Autumn 1: All About Us and We're Going On A Bear Hunt

Teddy bears and other cuddly toys were invited in to join Butterfly and Bumblebee classes at their Teddy Bears' Picnic. The children enjoyed and drink and biscuits and shared their home learning with one another.

In order to support the children's learning of how to create a simple map, we linked the exercise to our topic story. Using a selection of objects, the children had to create their own physical map of the We're Going On A Bear Hunt story journey. They did incredibly well, explaining their choices and discussing the route the family took in the story. 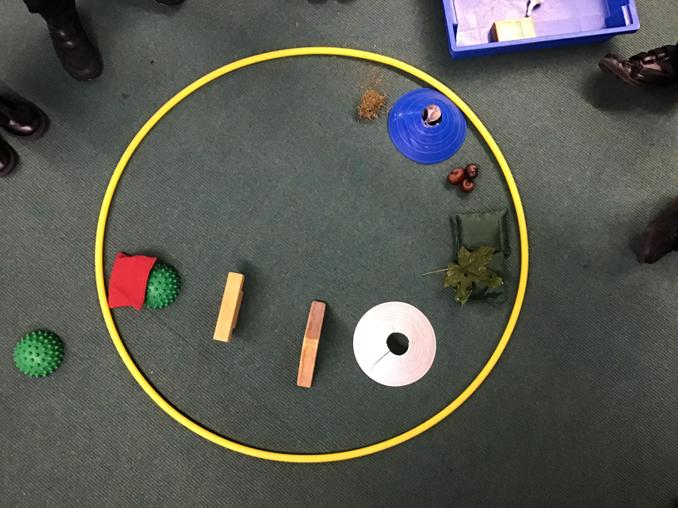 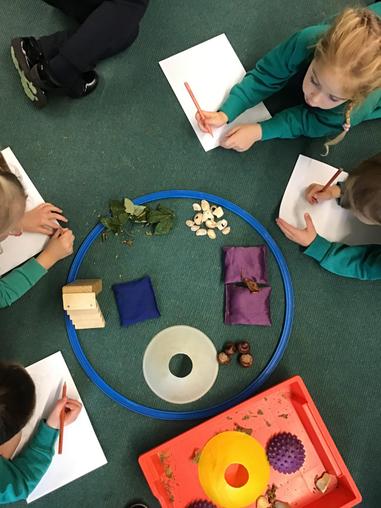 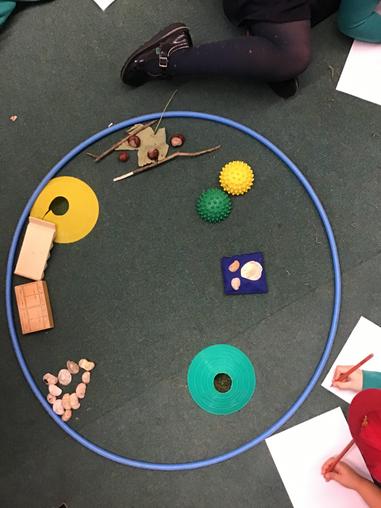 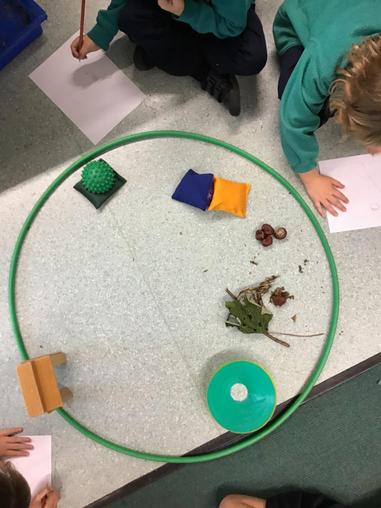 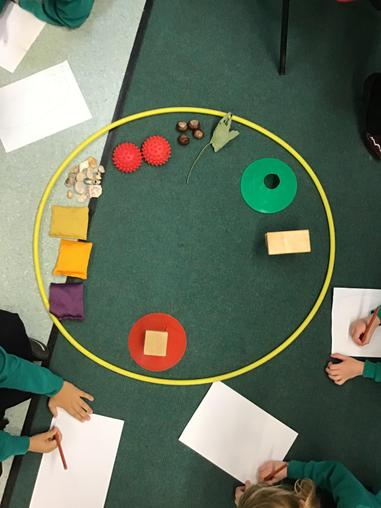 The children generated ideas of different animals they might encounter on a journey similar to the one undertaken in We're Going On A Bear Hunt - dolphins, owls, a snow leopard and even a baby sloth! They then generated potential obstacles that might get in their way - bamboo, mountains, sand dunes, waterfalls, seaweed, ocean, vines and jungle.

Using these ideas they broke off into teams and thought up their own 'We're Going On A ___ Hunt' rhymes, practising these with actions and then performing them on a temporary stage to the rest of the class. 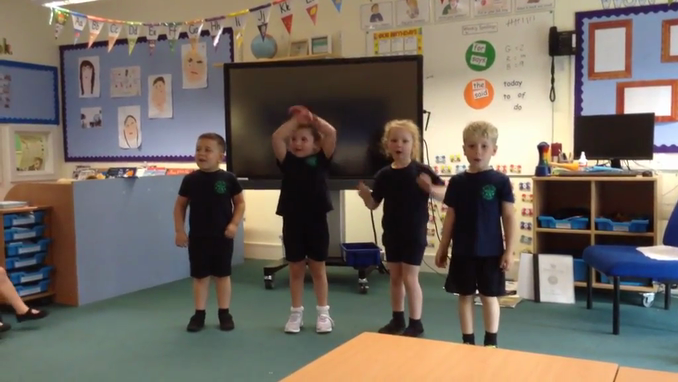 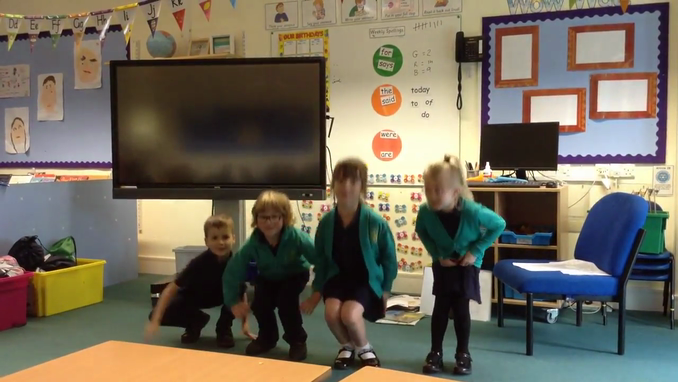 Bumblebee and Butterfly Classes have undertaken a variety of activities to support their ability to retell the story of the Bear Hunt in their own words.

Not only have the children re-enacted the story on multiple occasions, but they have also used their 5 senses to support their generation of descriptive language.

The drew a chosen scene from the story, and they have also been given sensory trays to develop an idea of what the story's family must have felt and possibly smelt as they ran, swam, trudged, stumbled, laboured and finally tiptoed through the grass, river, mud, forest, snowstorm and cave before meeting the bear!

The children have also produced some superb pieces of writing - invitations to the teddy bear's picnic we are hosting to welcome the bear to our school and descriptions of a scene from the story. 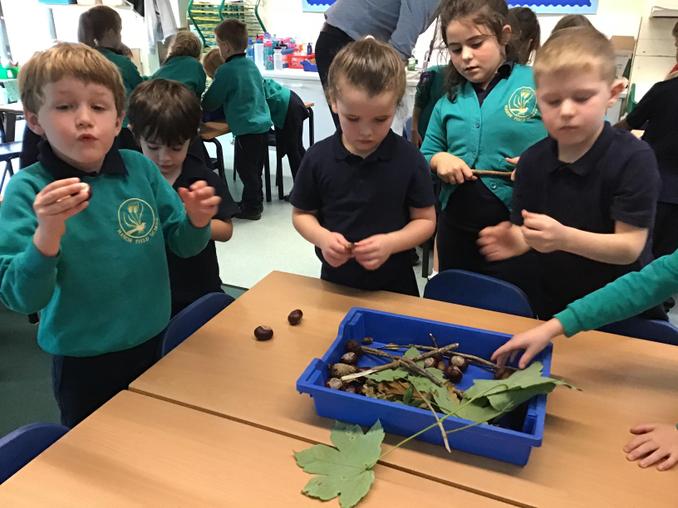 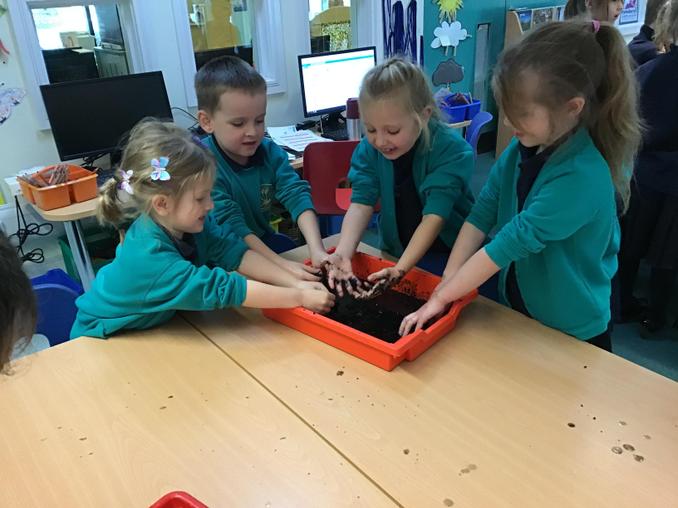 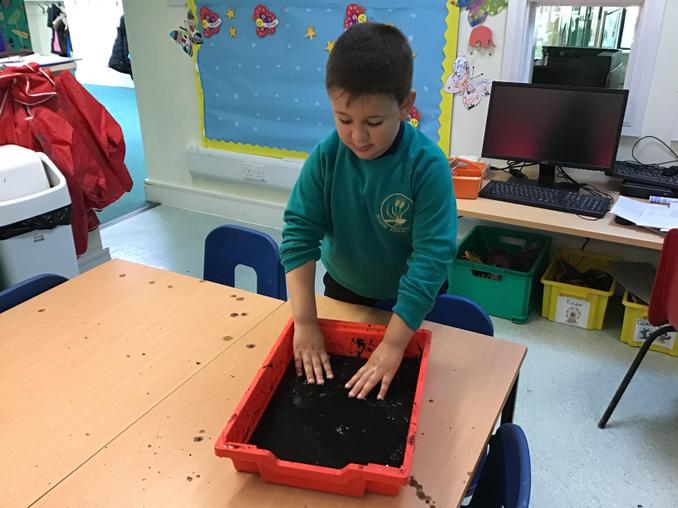 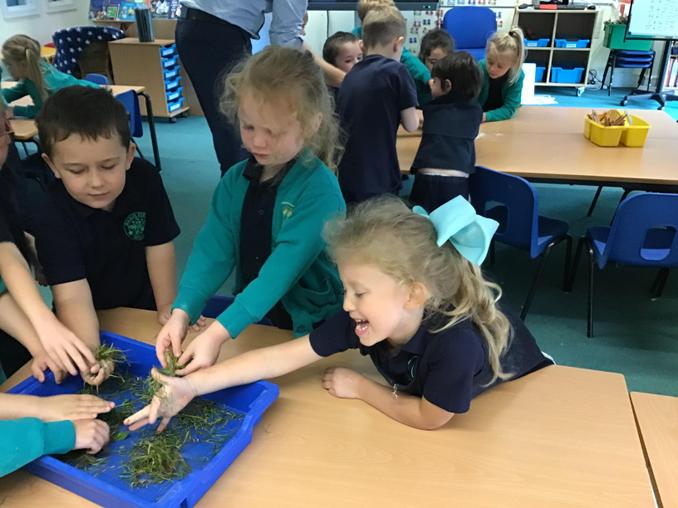 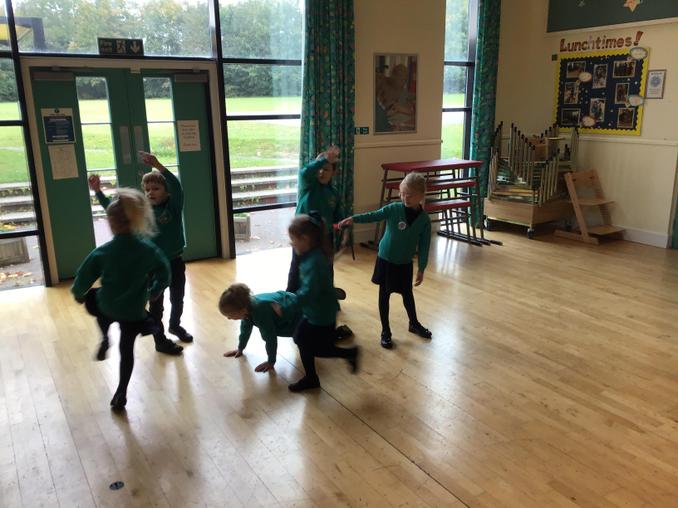 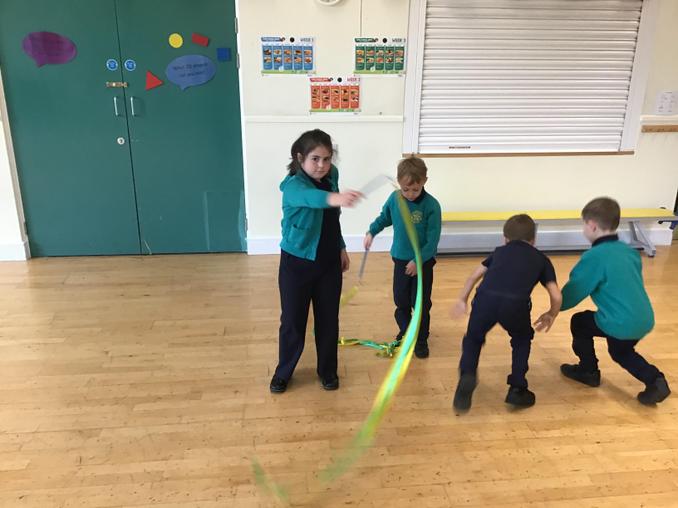 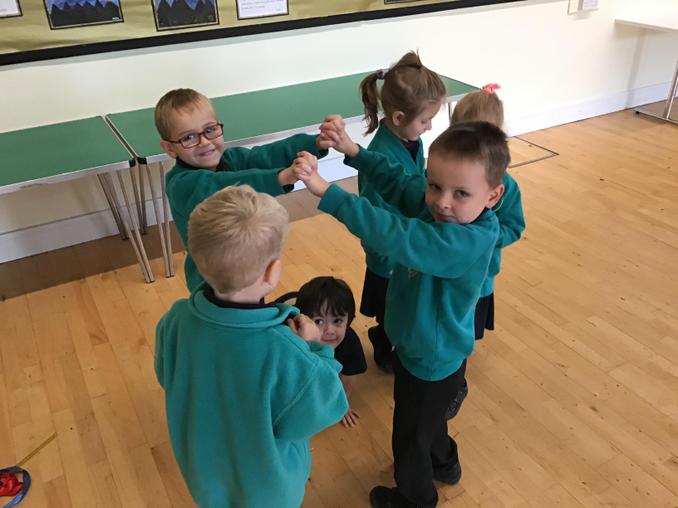 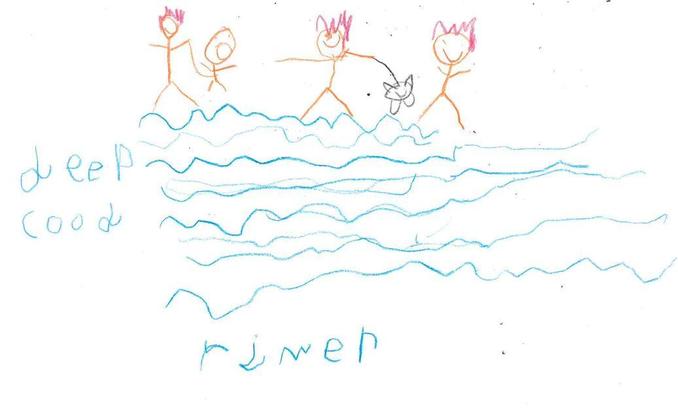 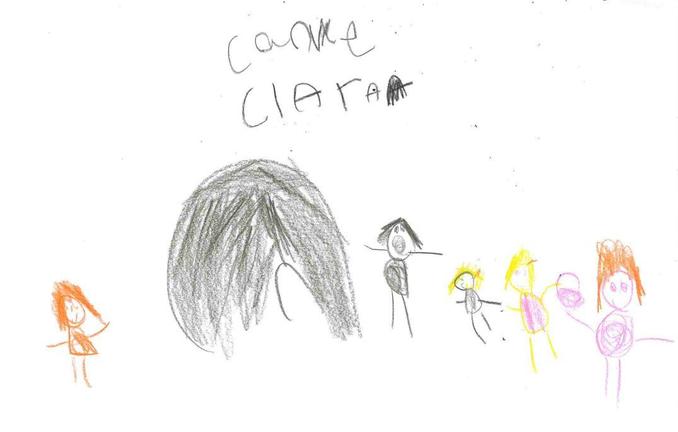 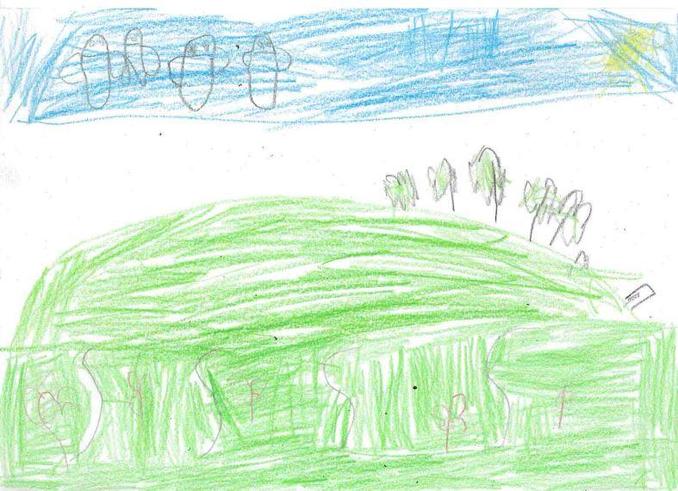 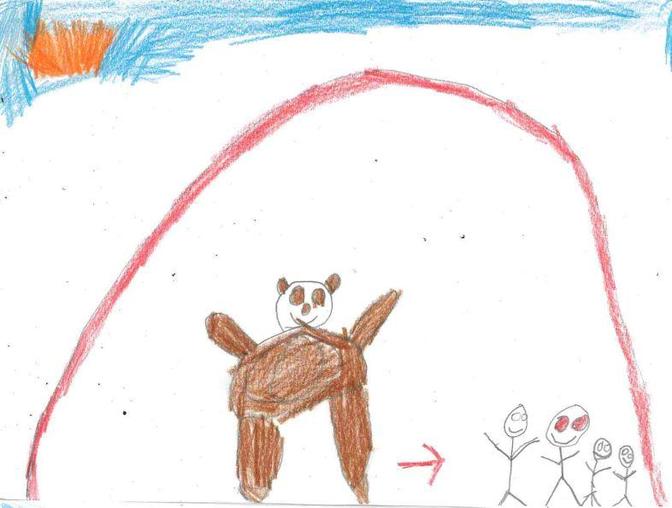 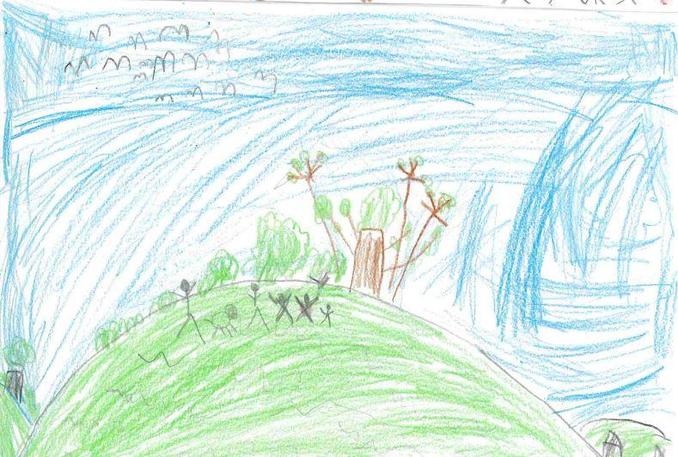 Little did we know when we left the classroom for our journey around the school grounds, but there was a bear on the loose!

We discovered a claw scratch on a tree near the woodland walk, some bear footprints down in the mulchy meadow, and even what the children described as a bear house hidden in the bushes!

After all this excitement we came across our topic text We're Going On A Bear Hunt by Michael Rosen. The children enjoyed getting into character, trouncing through swishy swashy grass, squelching through thick, oozy mud, before finally discovering a big bear in a dark, gloomy cave.

This was a short project, giving the children to transition into Year 1 with a theme that celebrated everything about them. It gave the adults a chance to get to know the children and the children a chance to settle back in to to school life after the Summer Holidays and lockdown.

Over the summer we asked the children to create a poster about themselves. The children learnt the importance of their own stories in history, with a look at the chronology of growing up.

We also did a study on self-portraits in art, with some very life-like results!